It all started with a phone call with a request for a circular Timber Stairway. US Digital’s original plan was to build a metal stairway, but the first contractor for the stairway had a heart attack, and the second contractor wasn’t up to the task.
The CEO of US Digital had hired us previously, and knew we could produce fast. He realized that a wooden stairway would make the place feel more homey too.

Our Designer got to planning, and was working on the aspects of how heavy to make the stairway, and what type of spindles, but needed some input from the decision maker, the interior decorator at US Digital.

While quizzing the decorator on the desired colors and atmosphere, he noticed multiple times that she said she wanted it to have the feel of coming home. 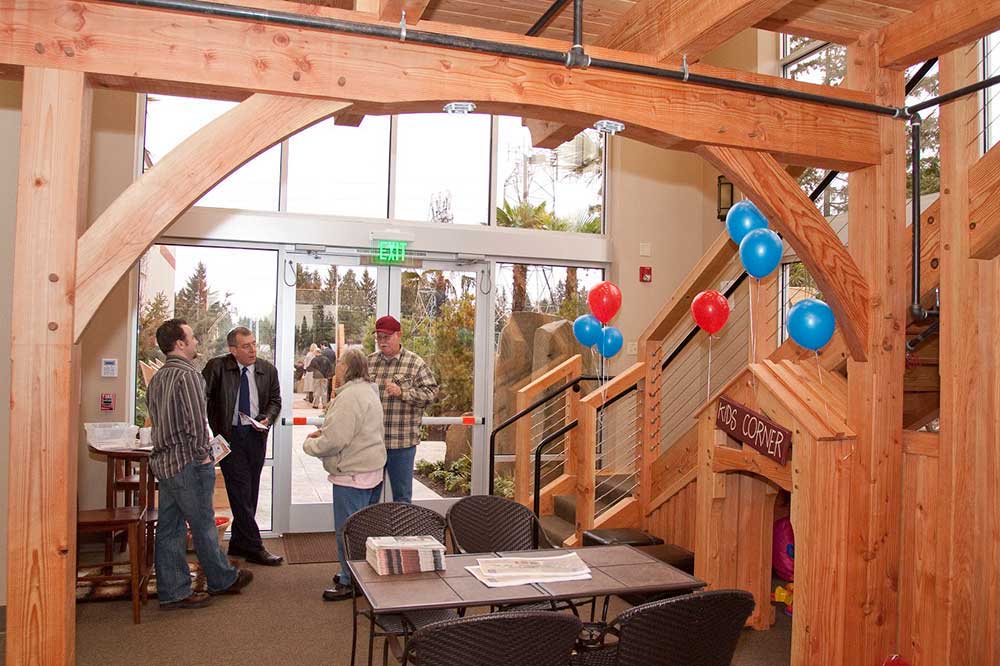 After the conversation, our designer was hit with a burst of inspiration. The first sketch shown is the preliminary sketch that our designer came up with just minutes after the conversation. To utilize the 25’x25’x25′ cube, he drew up a single landing stairway going up into a relaxing lounge, with a kid’s play area below with a coffee bar above. The final design came out remarkably close to the original was modified to include the coffee lounge on the main floor instead and a lounge both above and below.

Our Timber Frame Home Post & Beam Portfolio shows the breadth of post and beam options available to you. 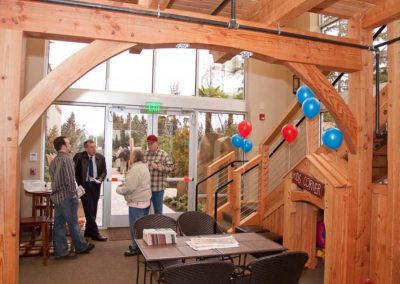 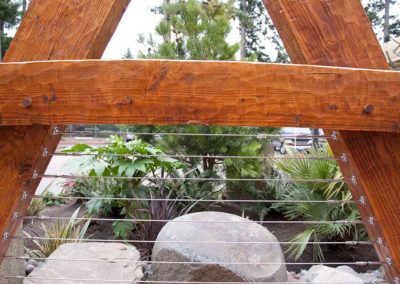 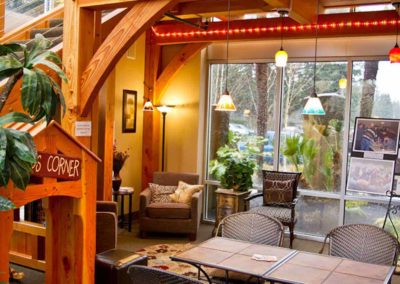 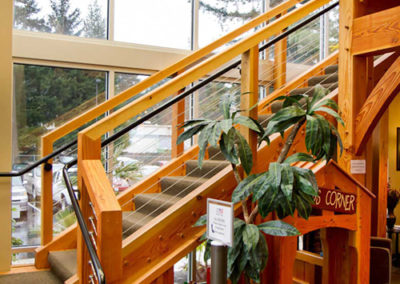 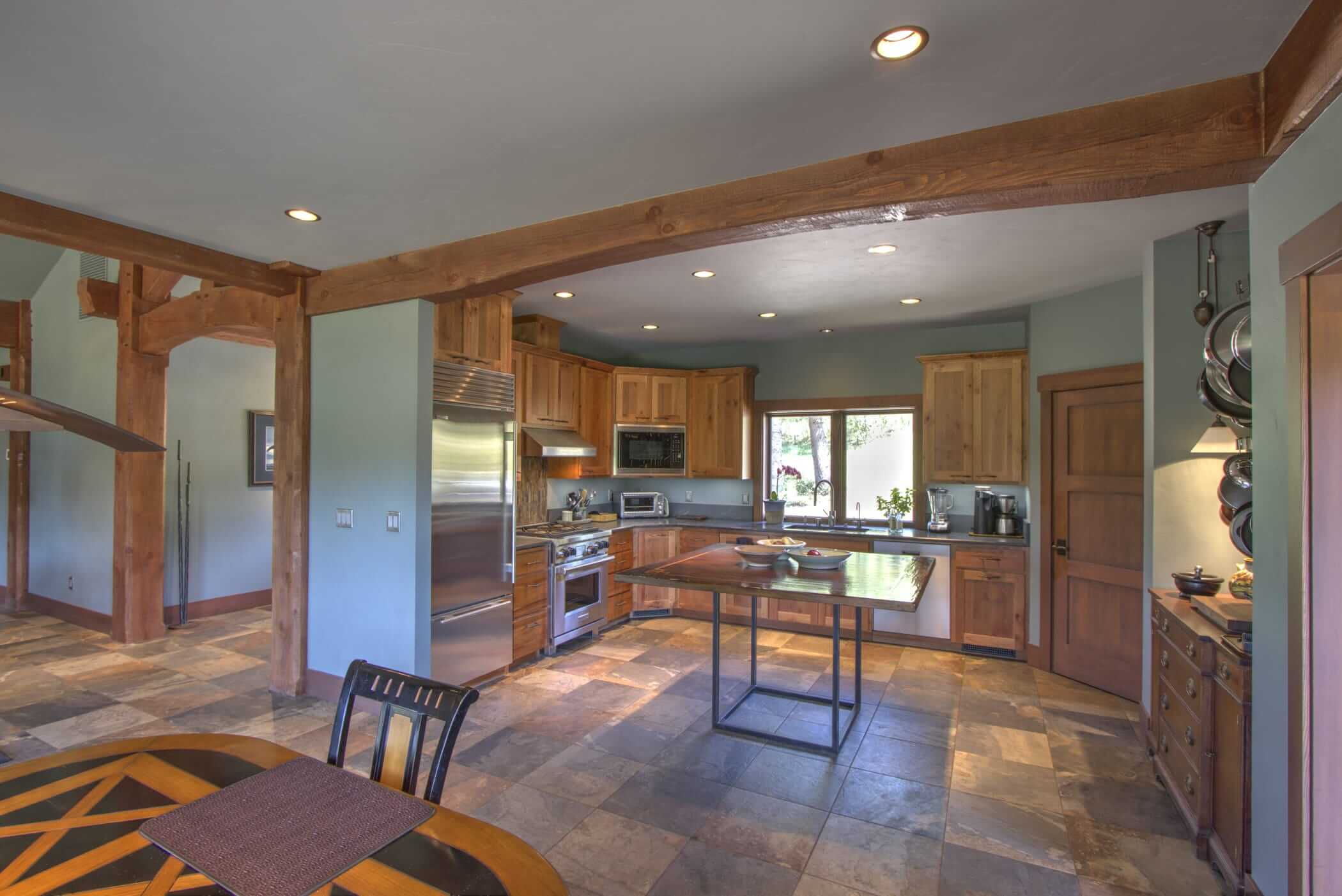 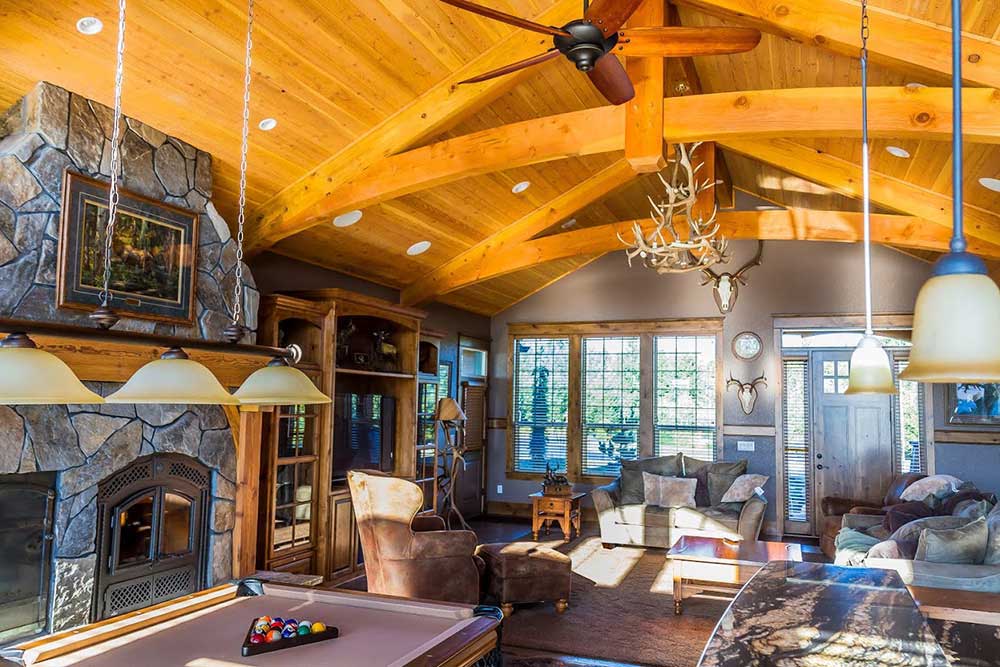 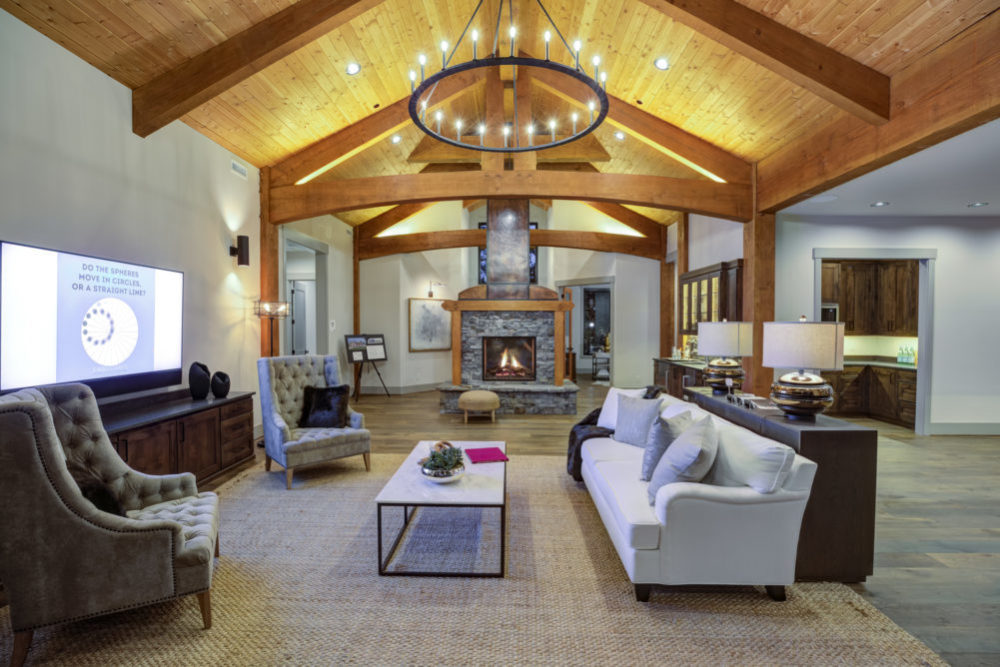 Get 3 Chapters from the Top Ranked Amazon E-Book. Free email. (No Spam. Secure)